Hemington, Hardington & Foxcote Parish Council have embarked on a project to replace the play equipment on the Playing Field in Faulkland.

Unfortunately due to Covid-19 the Play Area was closed last year and the Parish Council have now taken the decision that the wooden tower climbing frame with rope bridge and rope wall will need to be replaced.

In the meantime, Cllrs have risk assessed and deemed the slide tower safe to use together with the tractor and swings.

In terms of timescales for the project, the Parish Council have so far received one quote, with a further quote in hand and 3 more requested. The Parish Council will need to apply for an secure grant funding to ensure that this project can go ahead.

The Parish Council apologise for any inconvenience whilst some of the play equipment is not in use and thank you for your understanding. Cllrs will continue to patrol and monitor and re-apply the tape/signage if it is removed again and efforts will be made to promptly remove the bridge and tower structure in the first instance of this project. 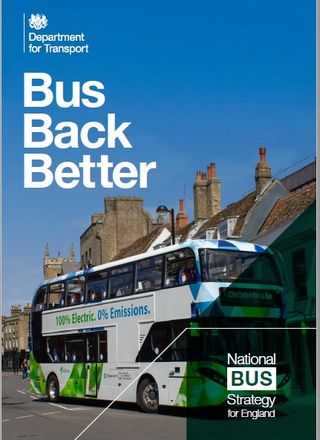 The UK Government has just launched a new national bus strategy for England entitled Bus Back Better. The Government’s believes ‘buses are the easiest, cheapest and quickest way to improve transport”. This national Bus Strategy is backed by £3 billion of new funding and forms a key plank in the Government’s twin agenda of “Levelling Up” and “ensuring the economy meets Net Zero carbon emissions”

Said Tony Reese, Co-Chair of Somerset Bus Partnership, “This new national bus strategy and its extra funding gives us in Somerset the chance to deliver major improvements in the County’s bus services. Somerset now needs to seize this unique opportunity.”

The newly formed Somerset Bus Partnership is supported both by councillors and by bus user groups across Somerset and it will seek to work with local town and parish councils and with Somerset County Council to input into a Bus Enhancement Partnership for Somerset that incorporates both what current bus users need and take steps to facilitate more Somerset residents to switch from using private cars to travel by bus.
At 10 journeys per resident, Somerset currently has the fourth lowest bus passenger journeys per population in England. It is the lowest in the South West. Bus passenger journeys in Somerset have decreased by more than some 40% over the past decade.

Said Peter Travis, Co-Chair of Somerset Buys Partnership, “The new Bus Strategy provides the funding to reverse this decline in passenger numbers in Somerset and see Somerset playing its part in the Government’s levelling up and green agendas by launching a Bus Enhancement Initiative for Somerset. Somerset needs to commit to this initiative by June 2021.”

We will be following up by trying to raise awareness of the existence of this new strategy, and soliciting involvement of everyone in Somerset who is keen to see improvements, so that we can BUS BACK BETTER

The National Bus Strategy is online at

You can view the Coronavirus Roadmap here

The Wiltshire Diabetes Prevention programme is a free service for people who are at high risk of developing type 2 diabetes.

The Diabetes Prevention Programme is a behaviour change programme where people learn about, diet, physical activity and strategies to improve their overall health, all aimed at reducing their risk of developing Type 2 Diabetes.

Normally, people access the programme through their GP however, due to the pandemic  and the subsequent pressure that our GP practices are facing, for a limited time a self-referral option has been enabled via the Diabetes UK ‘Know Your Risk Score’ – a check list of questions that can determine a person’s risk factors – This has also enabled the programme to become more accessible to people within the area.

The risk tool can be accessed via the link below:

More information about the programme can be found at https://preventing-diabetes.co.uk/somerset/

This website uses cookies to improve your experience while you navigate through the website. Out of these, the cookies that are categorized as necessary are stored on your browser as they are essential for the working of basic functionalities of the website. We also use third-party cookies that help us analyze and understand how you use this website. These cookies will be stored in your browser only with your consent. You also have the option to opt-out of these cookies. But opting out of some of these cookies may affect your browsing experience.
Necessary Always Enabled

Any cookies that may not be particularly necessary for the website to function and is used specifically to collect user personal data via analytics, ads, other embedded contents are termed as non-necessary cookies. It is mandatory to procure user consent prior to running these cookies on your website.